The origin and its developments

The Seven Countries Study was conceived by Ancel Keys, a Minnesota physiologist, who in the mid-20th century brought together researchers from all over the world. It became a collective effort to study their joint questions about heart and vascular diseases among countries having varied traditional eating patterns and lifestyles. More about the history of the study.

The main hypothesis was that the rate of coronary disease in populations and individuals would vary in relation to their physical characteristics and lifestyle, particularly in fat composition of the diet and serum cholesterol levels.

The objective was to explore in detail the associations of diet, other risk factors, and disease rates between populations and among individuals within populations, using standard measures by trained survey teams, with blindfolded coding and analysis of data.

Informal exploratory studies in Italy, Spain, South Africa, and Japan from 1952 to 1956 suggested that diets, serum cholesterol levels, and heart attack rates varied widely and that methods needed to be standardized. More formal pilot studies were undertaken from 1956 to 1957 in Finland, Italy, and Greece indicating that a desirable wide range of diets and disease rates probably existed and that staff and populations could be effectively recruited and examined.

During the first phase of the study (1958-1983), standardized lifestyle and risk factor surveys were carried out at baseline and after 5 and 10 years of follow-up in 16 cohorts of middle-aged men from seven countries. The surveys were executed by teams of the local principal investigators, who also collected the mortality data during 25 years.

The second phase: the epidemiology of healthy aging

The second phase of the study, from 1984-1999, is characterized by extending the cardiovascular surveys about different aspects of health in the elderly from nine European cohorts. 50-year mortality data were collected up to 2014 in 13 of the 16 cohorts. In the Finland, Italy, Netherlands, Elderly (FINE) study (coordinated by Aulikki Nissinen, Alessandro Menotti and Daan Kromhout) standardized gerontologic surveys were carried out and supplemented by data from the Serbian and Crete cohorts. Only mortality data were collected in the SCS cohorts of the USA, Corfu and Japan. Read more about the FINE Study. The data from the FINE study were combined with those of the SENECA study and the HALE (Healthy Aging a Longitudinal study in Europe) project lead by Daan Kromhout. Read more about the HALE project. 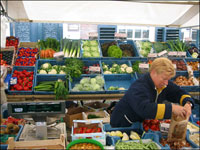 What we learned from the Seven Countries Study

The Seven Countries Study was a pioneering endeavour in study design that influenced and enhanced many studies to follow. It showed that serum cholesterol, blood pressure, diabetes and smoking are universal risk factors for coronary heart disease. Ancel Keys and his Italian colleague Flaminio Fidanza and their SCS colleagues were central to the modern recognition, definition, and promotion of the eating pattern they found in Italy and Greece in the 1950s and ’60s, now popularly called “The Mediterranean Diet.” They showed together with their colleagues that dietary patterns in the Mediterranean and in Japan in the 1960s were associated with low rates of coronary heart disease and all-cause mortality. The studies in the elderly showed that a healthy diet and lifestyle (sufficient physical activity, non-smoking and moderate alcohol consumption) also is associated with a low risk of cardiovascular disease and all-cause mortality. A healthy diet and sufficient physical activity may also postpone cognitive decline and decrease the risk of depression.