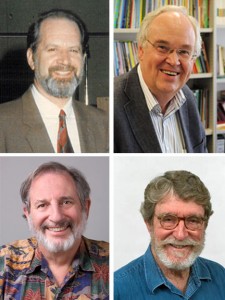 Coordination of the SCS was carried out from the Laboratory of Physiological Hygiene (LPH, the current Division of Epidemiology and Community Health), School of Public Health, University of Minnesota, under the guidance of Ancel Keys. Field methods and clinical classification during the first 10 years of surveys were supervised by Henry Blackburn. Ancel Keys and principal investigators for each cohort coordinated the local field surveys.

Centralized data analyses using all the study material were carried out under the leadership of Ancel Keys, with LPH statisticians. After the retirement of Keys in 1972, until 1993, many centralized analyses were made in Rome by Alessandro Menotti and colleagues at the Institute of Public Health. In 1990 Alessandro Menotti and Daan Kromhout prepared a database containing risk factor data of the first three rounds and 25-year mortality data. From 1993, centralized analyses were carried out by Alessandro Menotti at the University of Minnesota and by Daan Kromhout and colleagues at the National Institute of Public Health and the Environment (RIVM) in Bilthoven.

In 2006 and 2007 Daan Kromhout and Alessandro Menotti extended the SCS database with 40-year mortality data for 13 of the 16 cohorts. For 9 European cohorts of the SCS they also prepared a database containing cardiovascular risk factor data collected at baseline, 5-, 10-, 25-, 30-, 35- and 40-year follow-up surveys. In 2006 a SCS Coordinating Team was formed to direct and encourage continued analyses: Daan Kromhout and Alessandro Menotti (co-chairs), David Jacobs and Henry Blackburn (members).

The FINE study and the HALE project

In 1997 Daan Kromhout, Alessandro Menotti and Aulikki Nissinen created a database containing common data collected in elderly men from the FINE study since 1984. The database included repeatedly collected information on risk factors, lifestyle factors, different aspects of health and mortality data during 10 years of follow-up. In 2004 they extended the information with data collected up to 15 years of follow-up. Similar data were available in the SENECA study carried out in elderly men and women from 11 countries in Europe. The data of the FINE study collected from 1989 onwards were pooled with the 10-year data of the SENECA study to create the HALE project, directed by Daan Kromhout.