The higher the trans fat intake the greater the CHD risk

In the Zutphen Elderly Study, a difference of 2% of energy from trans fat at baseline was associated with a 28% difference in risk of 10-year coronary heart disease (CHD) incidence. The strength of the association was similar for trans fat from manufactured and natural sources. 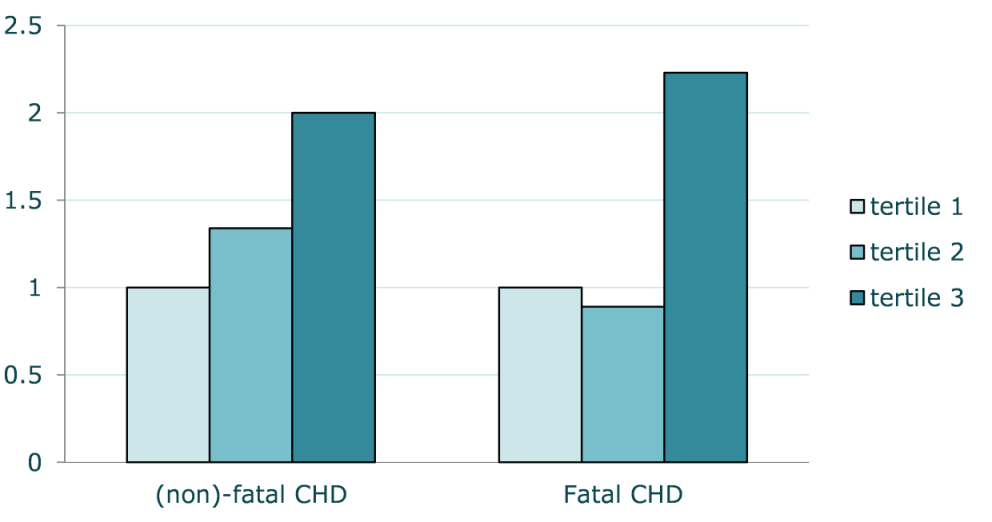 One of the characteristics of the Dutch diet in 1960 was its high amount of trans fat, due to the high content of hydrogenated hardened fish oils in solid fats. The decrease in trans fat intake between 1960 and 2000 has been the most important change in the Dutch diet. The average intake decreased from 19 gram/day (7% of energy) to 4 g/d (1% of energy) in the Zutphen Study. The spectacular decrease in trans fat between 1960 and 2000 started already before the Dutch margarine producers decided, in 1994, to reduce the trans fat content of margarines.

More about fatty acids and CVD

The results show that the average intake of dietary saturated fat of the 16 cohorts was strongly correlated with average serum cholesterol level.

The decrease in trans fat intake during the following period has been the most important change in the Dutch diet.

The results showed that every additional 10 g/d of recent dietary fiber intake was associated with a significantly lower risk of fatal CHD.