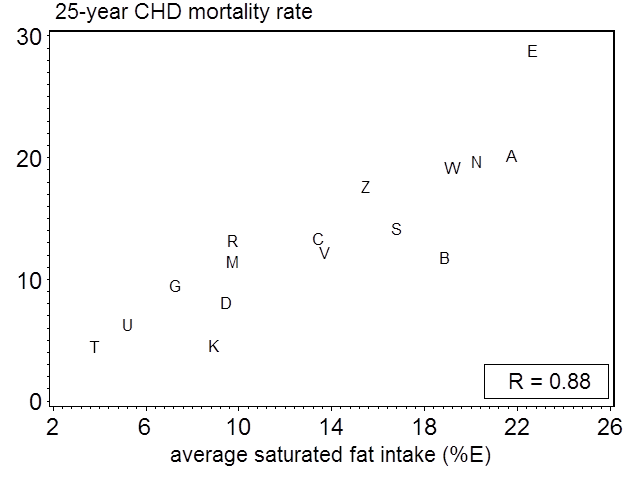 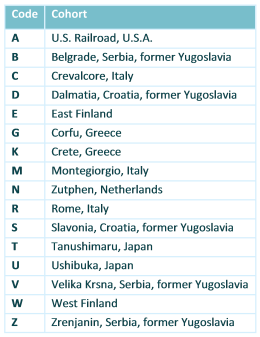 The dietary surveys carried out in the 1960s showed that the most important sources of saturated fat were butter in Finland, hard margarine in The Netherlands and lard in Slavonia (Croatia). Equivalent portions of the foods eaten in the 1960’s were collected locally for the 16 cohorts in 1987 and were chemically analyzed for fatty acids. This analysis provided more detailed information about the different categories of fatty acids that were carried out in the 1960s.