Prelude to the Seven Countries Study

The Seven Countries Study was one outcome of a prospective study started by Ancel Keys in Minnesota in 1947. At that time middle-aged men, seemingly healthy, were dropping dead on the streets of America. Keys first asked the question: “What is the difference between those attacked and those who stayed well?” Different characteristics between them (risk factors) should provide knowledge of causes and possible means to prevent attacks. He recruited 300 executive men to yearly examinations and long-term follow-up of deaths (mortality follow-up).

Keys’ academic sabbatical leave at Oxford University in 1951-1952 gave him the opportunity to travel. An invitation to Italy by a colleague who claimed Neapolitan workers rarely had heart attacks precipitated the long chain of studies and accumulated evidence from the seven countries. In informal surveys of volunteers recruited from laboring and executive classes, Keys and his new colleagues collected blood, queried on diet, and surveyed local hospitals for heart attack victims. Serum cholesterol levels tended to be low in working populations and higher in executive groups and heart attack victims. 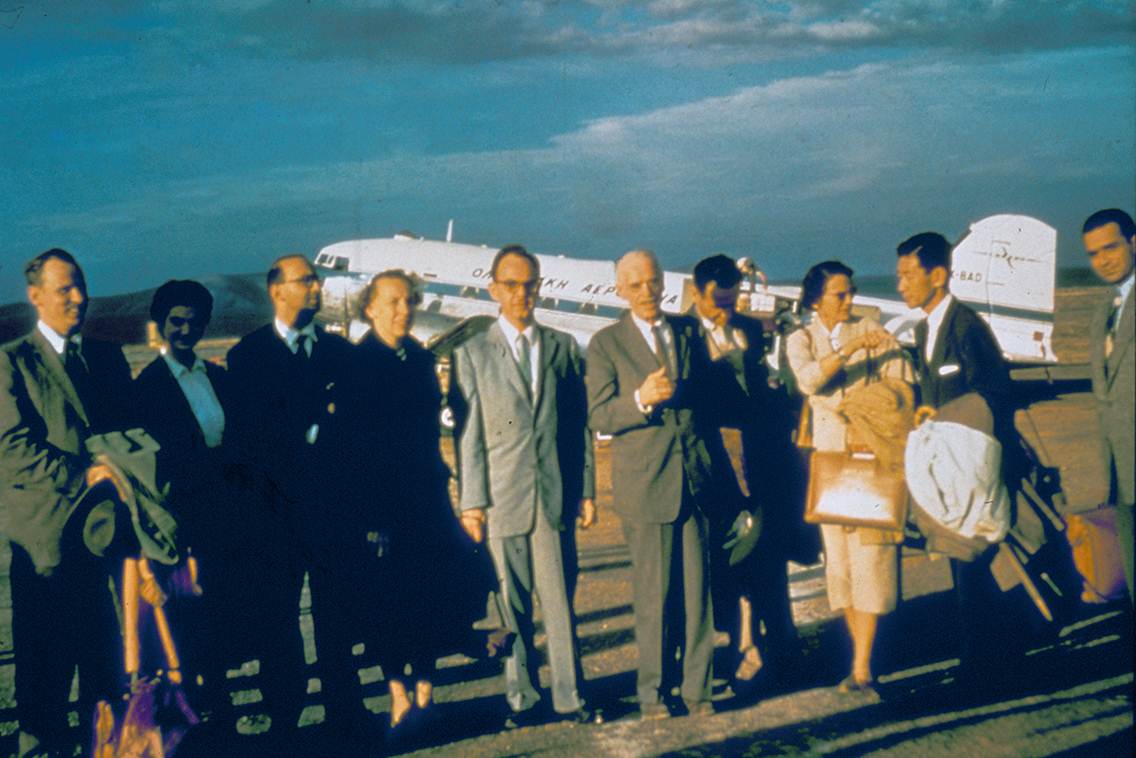 From 1954-1956, with the active participation of a leading international cardiologist, Paul Dudley White of Boston, Keys began a series of informal surveys in contrasting populations where they found collaborators in Spain, South Africa, Japan, and Finland. These produced suggestive evidence that heart attack (CHD) rates were high in the USA, Finland and among European groups in South Africa and low in the Mediterranean countries, Japan and native populations of South Africa. These informal studies were a prelude to the formal Seven Countries Study.

In the late 1950s, the time was ripe, and various countries promised to join. The study required a multi-centered population study to satisfy the aim. Field operations were preceded by intense efforts in Minnesota to standardize procedures and measurements suitable to different cultures and remote areas. Formal pilot field surveys were conducted in the fall of 1957 in Nicotera, a village in southern Italy and in six villages on the island of Crete. The formally designed Seven Countries Study surveys on total samples of men started in 1958 with field examinations on the Dalmatian coast of Croatia (former Yugoslavia).

Keys and colleagues posed the hypothesis that differences among populations in the frequency of coronary heart disease would occur in some orderly relation to physical characteristics and lifestyle, particularly composition of the diet, especially in fat (fatty acids), and to levels of serum cholesterol. The assumptions from the beginning were that if groups of middle-aged men in populations contrasting in traditional lifestyles and diet were followed long-term, it should be possible to measure individual and population differences in risk, health behavior, and biological factors. Some of these factors should be modifiable, thus providing evidence for making changes in personal and public health to prevent heart attacks.