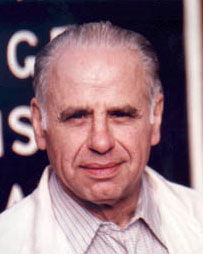 Christos Aravanis (1923 – 2020) has shown clear vision and authority over the years, effectively implementing the Seven Countries Study undertakings in Crete and Corfu.

He graduated from the university of Athens in 1948 and received his doctorate in 1959 after visiting multiple institutions and even serving in the Greek military as a Medical Officer. After his doctorate, Aravanis went back and forth between Chicago and Athens, where he held various positions. He became director of the Department of Cardiology of the Evangelismos Hospital Medical Center in 1975.

Aravanis met Ancel Keys in the early 1950s at a meeting of the American Heart Association in Chicago. He was invited to join Ancel Keys and Paul White on their first trial run, in Nicotera in southern Italy, in the fall of 1957.

Then, he put together a staff of younger colleagues he had trained in cardiology, also including nursing faculty and local practitioners. He was able to augment the meager Seven Countries Study allocations with local staffing, housing, and transportation. Aravanis remained a steady colleague in the Seven Countries Study.

He managed, even during the Greek military junta, to keep the Seven Countries Study operation going – sufficient to follow the 5- and 10-year formal surveys with continuous mortality surveillance for up to 25 years.

Read more about the Greek cohort