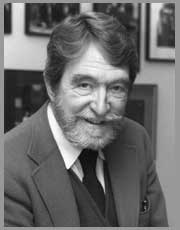 Henry Blackburn (1925) proved the continuing factor in the Seven Countries Study, being present at the start of the study and still involved in the 50-year mortality follow-up.

Blackburn was educated at the University of Miami (B.S.) and he received his M.D. at Tulane University School of Medicine in 1948. Subsequently, he served internships  and fellowships at Northwestern University in Chicago, at the American hospital in Paris, and at the University of Minnesota where he joined the staff of the Laboratory of Physiological Hygiene in 1956. There he became Project Officer for the Seven Countries Study from 1957 until 1972, when he became Laboratory Director upon Ancel Keys’s retirement.

In his early career, he developed with colleagues Simonson and Rautaharju the Minnesota Code, a quantitative description of the electrocardiogram for population studies. A signature publication with Geoffrey Rose, “Cardiovascular survey methods” was published for international surveys by WHO. His researches included predicting coronary risk using the resting and exercise electrocardiogram and the design and analysis of multicenter preventive trials of the 1970s-80s.In the 1980s he led population strategies of surveillance and preventive interventions in the Minnesota Heart Survey and the Minnesota Heart Health Program.

Blackburn served on scientific councils of international and U.S. Heart Foundations, seminars in cardiovascular epidemiology and served as WHO consultant and on the Advisory Council of the National Heart, Lung and Blood Institute.