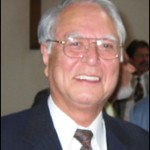 Toshima (1928-2014) is a leader among the second generation of cardiovascular epidemiologists active in Japan, serving as a project officer and then a principal investigator for the Seven Countries Study cohorts at Ushibuka and Tanushimaru in Kyushu.

In the 1950s, “Hiro” Toshima got his M.D. and subsequently a position as an intern at Kyushu University Hospital. In 1963 he took a post-doctoral fellowship at the Laboratory of Physiological Hygiene in Minnesota and worked primarily in electrocardiography, but was exposed to the epidemiological pursuits going on there.

Toshima reinvigorated the Japanese Seven Countries Study by recommencing surveys in 1977-78 with a newly established cohort representative of that period, twenty years following the baseline survey. He broadened the age range and included men and women in this survey, as well as adding new risk measurements.

He has been innovative in cardiovascular medicine in Japan and internationally. For example he helped introduce modern cardiac rehabilitation strategies in Japan.

Toshima made a great effort in bringing together all the Seven Countries principal investigators to celebrate the thirty-fifth anniversary of the study, along with the ninetieth birthday of Ancel Keys. This took place in a superb professional meeting and social occasion in Fukuoka in 1993 and was documented in “Lessons for Science from the Seven Countries Study.”

Read more about the Japanese cohort