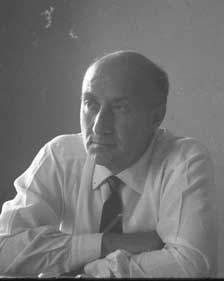 Vittorio Puddu (1909 – 1991) was a principal investigator of the Italian segment of the Seven Countries Study from its origins and one of the first European academic cardiologists to embrace the disciplines of cardiovascular disease epidemiology and preventive cardiology.

After graduation in Medicine from the University of Rome, Puddu became one of the earliest Italian physicians to use electrocardiography, which put him on a track to the still non-existent discipline of cardiology. He was later trained in this discipline in Paris and Vienna.

Puddu was the first in Italy to launch epidemiological studies in rheumatic and congenital heart diseases and the first, through the Seven Countries Study, to be involved in the epidemiology of coronary heart disease.

Puddu also founded the first Division of Cardiology in Italy, in 1956, at the St. Camillo Hospital and was the chief of that unit until his retirement in 1976.