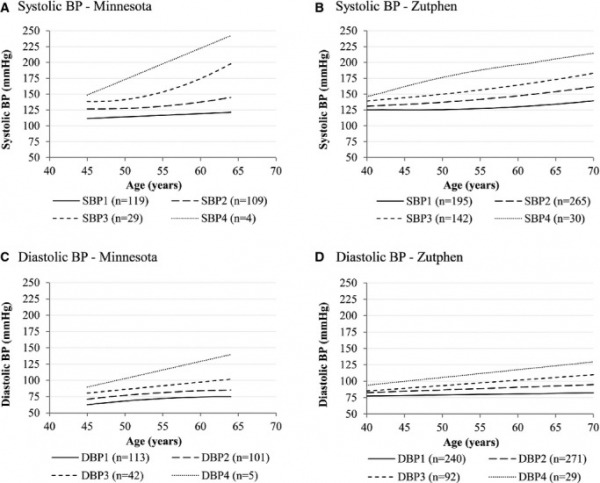 For this analysis two prospective and nearly extinct cohorts were used of middle-aged men: the Minnesota Business and Professional Men Study (n=261) and the Zutphen Study (n=632). Blood pressure was measured annually from 1947-1957 in Minnesota and from 1960-1970 in Zutphen. Ten-year blood pressure trajectories were identified by latent mixture modeling. Mean initial age was about 50 years in both cohorts. After 10 years of blood pressure measurements, men were followed until death, on average 20 years later. All Minnesota men and 98% of the Zutphen men were followed until death.

More about blood pressure and CVD