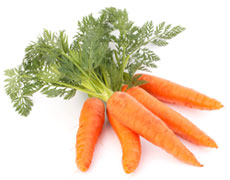 Early reports of others in prospective cohort studies suggested that a high intake of beta-carotene was associated with a lower CVD risk. But in sharp contrast, large-scale trials conducted in high risk persons (e.g. smokers) showed that supplements of a large amount of beta-carotene apparently did not decrease but rather increased CVD risk. The role of carotenoids in CVD prevention, therefore, remains controversial.

The Zutphen Elderly Study results suggest that only the intake alpha- and beta-carotene was inversely related to CVD mortality.