Dietary sugars consist of mono-and disaccharides and can be divided into naturally occurring sugars present in fruit (glucose and fructose), milk (lactose and galactose), grains (bread and pasta) (maltose) and added sugar (sucrose). In the 1960s traditional Western diets were high in sucrose, while the traditional Mediterranean and Japanese diets were low. The average intake of sucrose was related to 50-year CHD mortality rates (R = 0.71) but the naturally occurring sugars were not thus associated. In addition, the sucrose intake was positively associated with saturated fat intake (R=0.63). 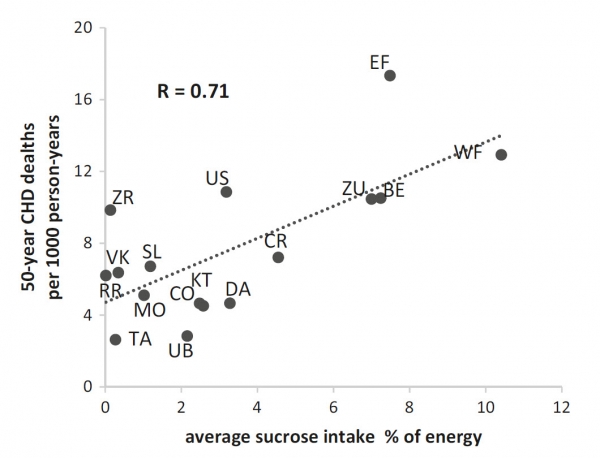 In 2015, the WHO endorsed an added sugar (sucrose) recommendation of <50 g/day and suggested a further reduction to 25 g/day. This accords with the low CHD risk associated with the traditional Mediterranean and Japanese dietary patterns that contained <25 g of added sugar per day.