Diets of diabetic and non-diabetic elderly men in Finland, The Netherlands, and Italy 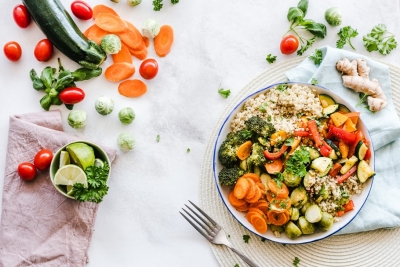 Individual food and beverage consumption data were collected in only the three seven countries cohorts by the cross-check dietary history method. In Finland, the interviews took place in 1989, in The Netherlands in spring 1990 and in Italy in autumn 1991. Information was obtained about the usual food consumption pattern during the month preceding the interview. Although the dietary history method was adjusted to the language and foods of the local situation, the overall methodology was comparable across the cohorts. The foods and drinks were translated into energy and nutrients by local food composition databases.

More about diabetes and glucose intolerance

Diet, insulin and glucose tolerance in non-diabetic men in The Netherlands

In 1990 a cross-sectional survey was carried out on diet in relation to insulin in the Zutphen Elderly Study. The individual association of dietary [...]

In 1970, the Dutch cohort of middle-aged men received a fasting oral glucose tolerance test with a glucose load of 50 grams and blood [...]

In 1990 in the Zutphen Elderly Study habitual physical activity of leisure-time was assessed with a validated questionnaire. On average, the men spent 1.5 [...]