Elderly men from the FINE study cohorts of Finland, the Netherlands and Italy who manifested a number of depressive symptoms had a 2-fold greater 10-year CVD mortality. The relative risk did not change after excluding cases that died from CVD in the first 5 years of follow-up. The strongest associations were observed with the mortality from stroke and heart failure and the relation with CHD mortality was of borderline statistical significance. Depressive symptoms were not related to the risk of other degenerative heart diseases and no differences in risk from depression were observed between northern and southern Europe. 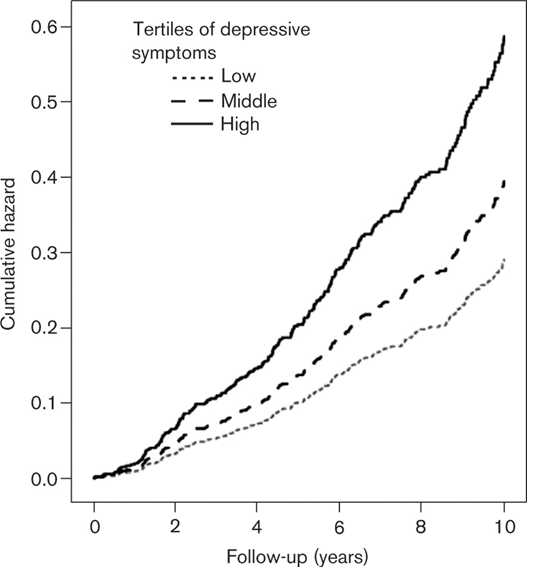 Analysis showed that going from sedentary to moderately active was associated with a 21% lower risk of 20-year CHD mortality.