A decrease in the duration of daily activity of more than 60 min per day over 10 years follow-up was associated with an almost 3-fold greater cognitive decline compared to those who maintained their regular activity. A decrease in average intensity of exercise of a half standard deviation was associated with almost a 4 times greater cognitive decline in elderly men from The Netherlands and Italy. 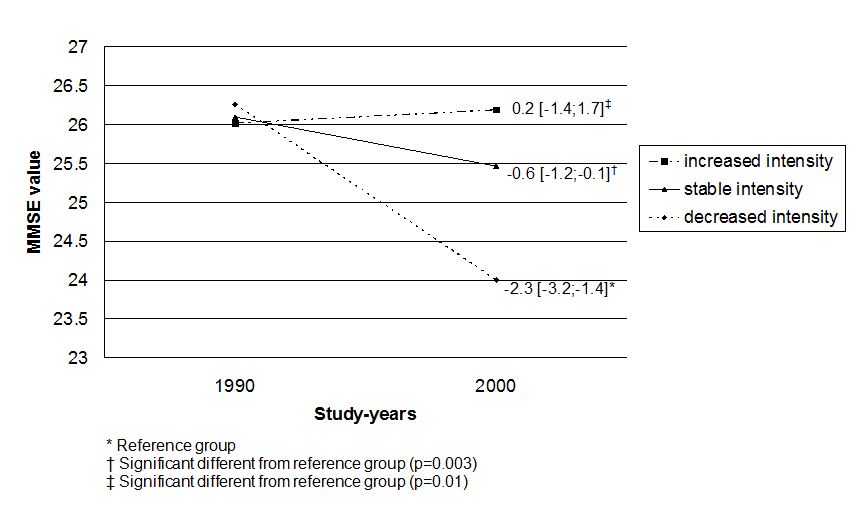 APOE4 modifies the relation of physical activity with cognitive decline

In elderly men from Zutphen, a low (<1 hour/day) compared to a high (>1 hour/day) duration of physical activity was associated with a 2-fold greater cognitive decline. This decline was twice as great in APOE4 carriers.

The Zutphen Elderly Study showed that the risk of cognitive decline over three years was 187% higher among the carriers of certain variety of gene called the APO e4 isoform.

There is some evidence that classic cardiovascular risk factors measured in middle-age are related to disability and mental well-being in later life.