Population and individual level results for saturated fat, serum cholesterol and CHD in the Zutphen and the Seven Countries Study

In 1960 the average saturated fat intake of the middle-aged men in Zutphen was high and amounted to 18% of energy with a relatively small standard deviation of 3% of energy. Dietary saturated fat was not associated with serum cholesterol and 10-year CHD mortality in the Zutphen Study. But in contrast, among populations of the Seven Countries Study showed that the average saturated fat intake, average serum cholesterol level and 10-year CHD mortality rates in the 16 cohorts were strongly correlated. 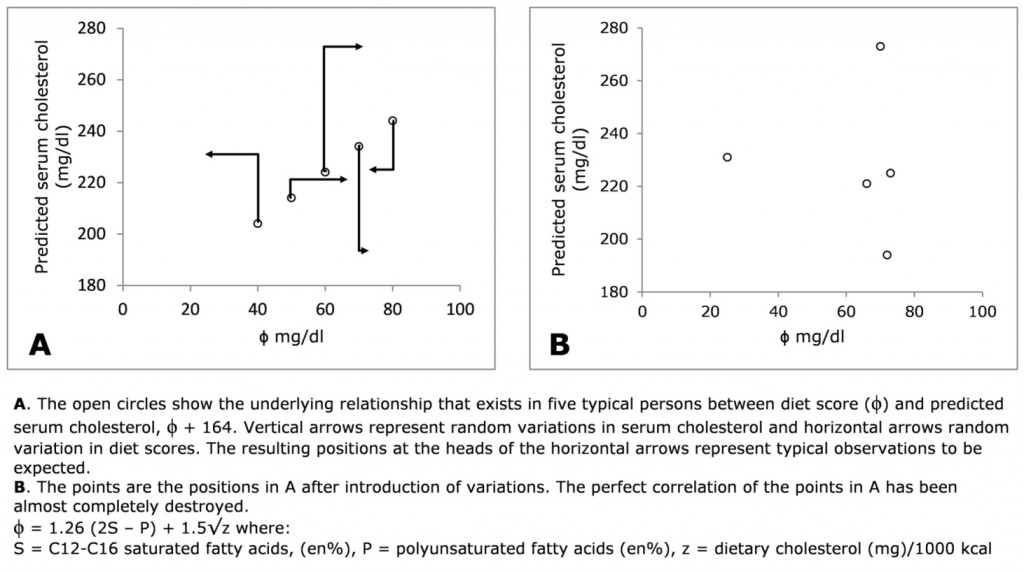 At the individual level multiple saturated fat measurements are needed to obtain positive associations of saturated fat intake with serum cholesterol and CHD.

More about serum cholesterol and CVD

Large differences in global CHD risk within Europe A re-analysis of the 10-year follow-up data of the SCS published in 2000 showed large differences between northern [...]