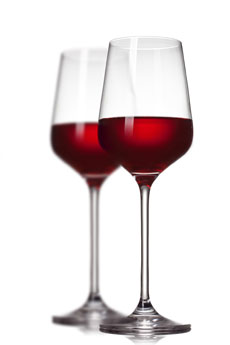 Wine drinkers in Zutphen who at entry of the study consumed less than 20 g alcohol from wine per day – the equivalent of 2 glasses – had a 39% lower risk of coronary death and a 32% lower risk of overall cardiovascular mortality. Consumption of beer and spirits was related neither to long-term coronary or cardiovascular mortality. These results are compatible with the idea but do not establish, that a low intake of wine may protect against CVD.

Continuous increase in wine consumption over time in Zutphen

In the Zutphen Study information on alcoholic drinks consumed was collected by questionnaires seven times between 1960 and 2000. Regular wine consumption increased from 2% of the men to 40%. Of the wine consumed, 70% was red. The percentage of beer drinkers was approximately 40% in the period 1960-1970 and fell to about 25% in the period 1985-2000. The percentage of men drinking spirits increased from 15% in 1960 to 55% in 1985 and did not change thereafter.

The Seven Countries Study did two analyses that suggest that black tea consumption is inversely related to cardiovascular diseases.

In 1990 in the Zutphen Elderly Study habitual physical activity of leisure-time was assessed with a validated questionnaire. On average, the men spent 1.5 [...]

The results showed that every additional 10 g/d of recent dietary fiber intake was associated with a significantly lower risk of fatal CHD.