Large differences in alcohol intake between Italy and The Netherlands

In rural Italian and in Zutphen men a J-shaped relation was observed between alcohol intake at entry and CHD mortality. In Italian men the lowest 15-year CHD risk was observed in the mid-range (third quintile) of alcohol intake. A 30% lower CHD risk among alcohol users compared to non-users was found throughout the range of use up to 80 g per day. Zutphen men using less than 20 g per day, compared to non-users, had 30% lower CVD mortality during 40 years of follow-up. Above 20g/day the CVD risk was greater. 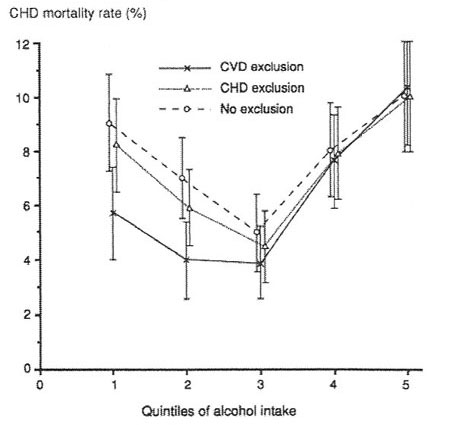 The relations of different chronic diseases with all-cause mortality was studied from middle-age onwards in the Seven Countries Study and in old age in the FINE Study.

The role of vitamins in relation to the prevention of cardiovascular diseases is controversial.

The Seven Countries Study showed strong associations between dietary saturated fat and both serum cholesterol and CHD mortality among the 16 cohorts.

In 1960 the highest levels of average blood pressure were observed in Eastern Finland and Northern Italy and the lowest in rural Serbia and Japan.

The intake of one type of lignan was significantly inversely related to 15-year fatal CHD.