The Zutphen Elderly Study showed that the risk of cognitive decline over three years was 3 times greater among the carriers of an isoform (certain variety of the genotype apolipoprotein E) called APOE4, compared to that of non-carriers.

Synergistic effect of genotype APOE4 and stroke on cognitive decline 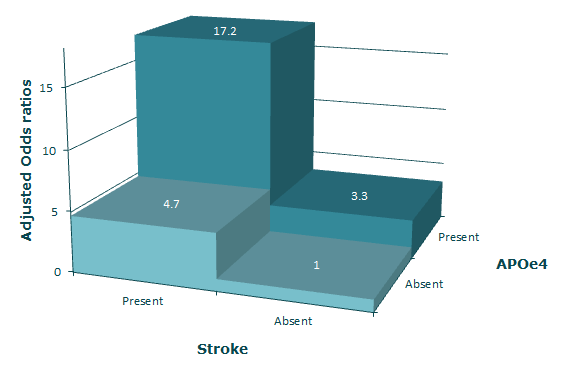 A healthy diet, especially eating more fruit, vegetables, and whole grain bread was related to a higher level of optimism.