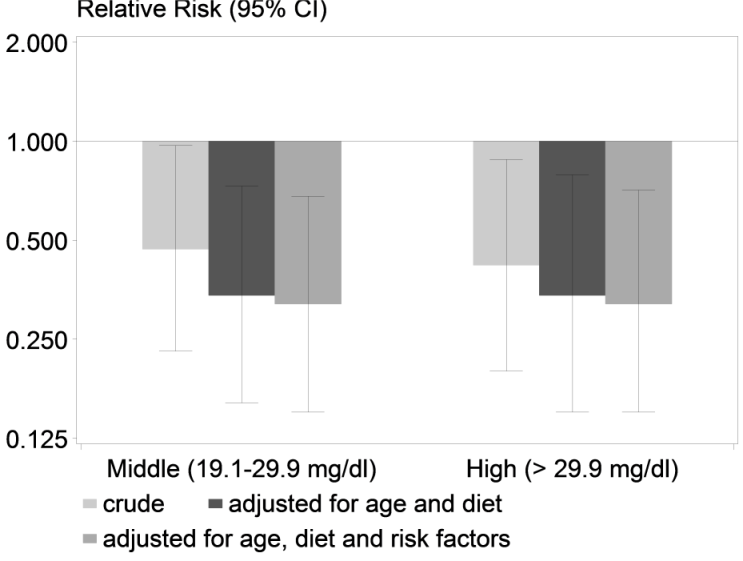 Silent ECG findings meeting specified criteria of the Minnesota Code were found at entry in half of the elderly men from Finland, the Netherlands and Italy. Major Q-waves, ST-T patterns, and arrhythmias were associated with a 3 times greater 10-year CHD mortality rate compared to those with absent or marginal findings. Lesser Q-waves, ST-T patterns, and frequent premature beats were associated with almost twice greater risk. Of the individual codable items, significant associations were observed for major Q-waves, major ST-T patterns, and arrhythmias. A Cardiac Infarction Injury Score designed to discriminate between the presence or absence of a heart attack, along with ST-T patterns were significantly related to risk of fatal CHD in middle-aged and elderly men in Zutphen.

The prevalence of specified ECG findings was high. Major ECG findings were strongly related to fatal CHD. Strength of the associations was similar across cultures despite large differences in absolute risk.

BMI not related to CHD mortality

Body mass index (BMI=Weight/height2) is the most frequently used indicator of body fatness. In middle-aged men of the SCS, BMI was inconsistently related to 10- and 25-year CHD mortality.

Changes in body weight during the first 10 years of follow-up were related to CHD mortality during the following 15 year. Middle-aged men who gained more than 2 kg, put on an average weight of 7 kg. They had a 20% greater CHD mortality risk (not statistically significant) compared to those whose weight remained stable. A similar result was obtained in men who decreased more than 2 kg weight and lost on average 5 kg. Men were defined as “fluctuating” when their weight at the second examination differed more than 2 kg with their weight at examination 1 or 3. These men lost on average 1 kg and had a significant 50% higher CHD mortality risk compared to those who kept their weight constant. These results indicated that fluctuating weight, the so-called yo-yo effect, rather than BMI per se, was associated with greater CHD risk.
Calculate your own BMI!

Glucose intolerance and diabetes associated with the risk of fatal CHD

Dutch men aged 50-69 with glucose intolerance at entry, followed for 15 years, had a 2-fold greater risk of fatal CHD compared to men with a normal glucose tolerance. A similar result was obtained for men who entered the study with clinical diabetes.

In 1970 in the Zutphen Study a glucose tolerance test was carried out with an oral load of 50 g glucose. Blood samples were taken after 30, 60, 120 and 150 minutes. The area under the curve of glucose values was calculated and ‘glucose intolerance’ was based on values above the median. 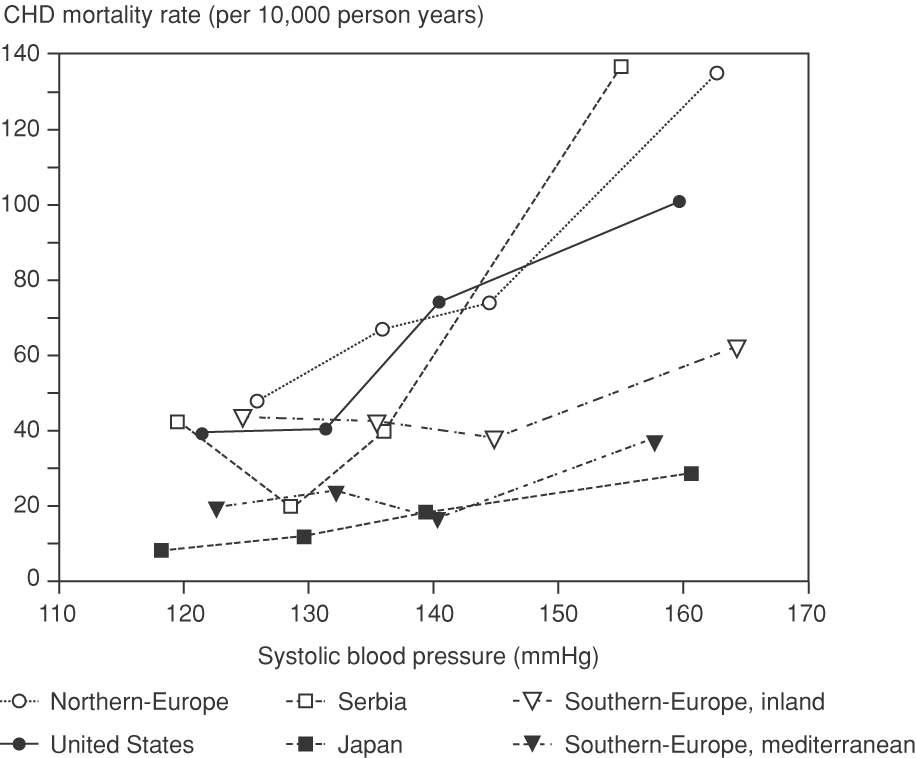 Relative risk of CHD associated with blood pressure is similar but absolute risk differs among the cohorts. This implies that elevated blood pressure levels need to be treated more intensely in high risk cultures to achieve target levels and potential prevention.